Current Operations
You have probably seen oil wells off the coast of Huntington Beach and Seal Beach. These rigs are built on long-term leases entered into prior to 1981. The rigs located closer to shore are in state waters, leased to oil companies for drilling operations by the state. The state controls waters up to three miles off the coast as well as the beach up to the high-tide line. Those located further out are in federal waters and leased by the federal government. The federal government controls those waters more than three miles offshore.

The largest oil spill in California history occurred in 1969 in Santa Barbara. A blow-out on Unocal “Platform A” off of Summerland spilled over 3 million gallons of oil into the Santa Barbara channel. The spill made national news and, as a result, the State stopped any new leases for drilling in state waters. The federal government followed suit in 1981, when Congress imposed a moratorium on new offshore leases except in parts of the Gulf of Mexico.

In 1990, the tanker American Trader ran over its own anchor and punctured its hull, spilling over 400,000 gallons of oil into the Pacific off Huntington Beach. Its effects were seen all along the coast, with oil and tar balls washing ashore from Bolsa Chica to Crystal Cove. Although not connected to offshore drilling, the spill reveals how even a relatively small spill off of Huntington Beach has the potential to impact all of Orange County.

In 2015, a 2-foot hole in pipeline connecting offshore platforms to the coast, again in Santa Barbara, leaked 140,000 gallons of oil off Refugio State Beach. Long-term leases for oil drilling issued in many cases over 50 year ago continue to have an impact today. Indeed, there remains an on-going problem with leaking abandoned wells from the 19th and early 20th centuries.

The Trump Administration, Backed by Orange County Republicans, Plan to Expand Drilling in California
In October 2008, the 1981 Congressional moratorium on new offshore oil leases expired and was not renewed under pressure from Republicans in Congress. President Obama, instead, adopted a new Executive moratorium on the issuance of new oil drilling leases in the same waters previously governed by the 1981 ban. In January 2018, President Trump’s administration announced its intention to end the Obama-era prohibition and resume leasing off the California coast.

Although there has been considerable opposition to the plan from Californians of all political stripes, including efforts by Democratic state legislators, Republican elected officials in Orange County have actively supported the plan. In a letter sent before President Trump’s announcement, Congresswoman Mimi Walters (R-Irvine) signed a letter with 155 Congressional Republicans asking the Interior Secretary to resume offshore oil leases. Likewise, in a February 2018 Facebook town hall, Congressman Dana Rohrabacher (R-Newport Beach) stated that “I support the President’s lifting the ban on offshore drilling. We’ve had offshore oil wells off our district for over 50 years and they have never had a spill,” a statement that conveniently ignores the history of spills from Santa Barbara’s offshore drilling operations. When she was in the State Assembly, Diane Harkey (R-Dana Point), Republican candidate in the 49th Congressional district, voted against a bill that would have permanently banned new oil and gas leases in state waters and failed to vote for a 2009 resolution opposing offshore drilling.

This isn’t just a Congressional issue. Republicans in state office have similarly supported, or failed to oppose, the resumption of new drilling in California. Matthew Harper, assemblyman for AD-74 (R-Newport Beach) abstained from a March 2018 Joint Resolution expressing opposition to the plan. Bill Brough, assemblyman for AD-73 (R-Dana Point) voted against the resolution. In May 2018, both Harper and Brough voted against AB 1775, a bill that would prohibit the leasing of land in state waters for offshore drilling purposes and which, by preventing the construction of pipelines to bring oil to shore from wells in federal waters, would substantially inhibit the expansion of offshore drilling as a practical matter.

By Contrast, Orange County Democrats Are Rallying to Protect Our Coast and Our Economy

Work You Can Do To Stop Offshore Drilling Now

The more important thing you can do to stop the Trump Administration's plan for offshore drilling in California is the vote this November. In races up and down the ballot, like those highlighted above, there are real choices to be made between the candidates on this issue.

Local government is a crucial center of resistance to this issue. Cities and counties up and down the coast, including Laguna Beach, have passed so-called logistical support ordinances that prohibit the construction of on-shore support facilities for offshore drilling. Without such support facilities, offshore drilling is much more expensive and impractical. Ask your city councilors, and candidates running for city council this November, to support such laws and if they won't, vote them out. 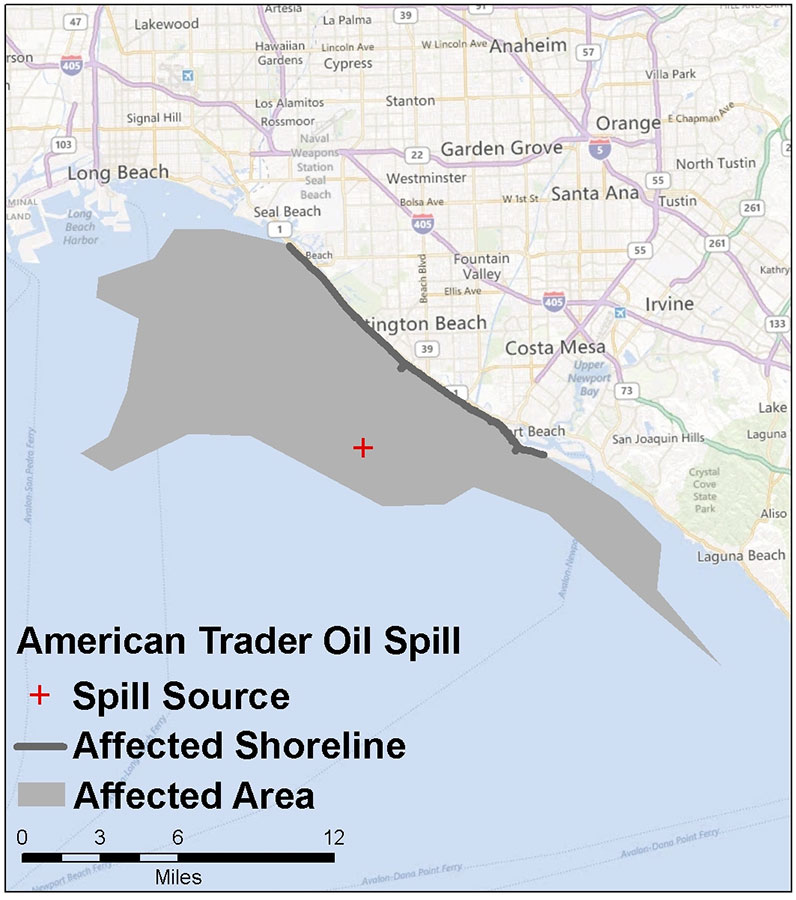 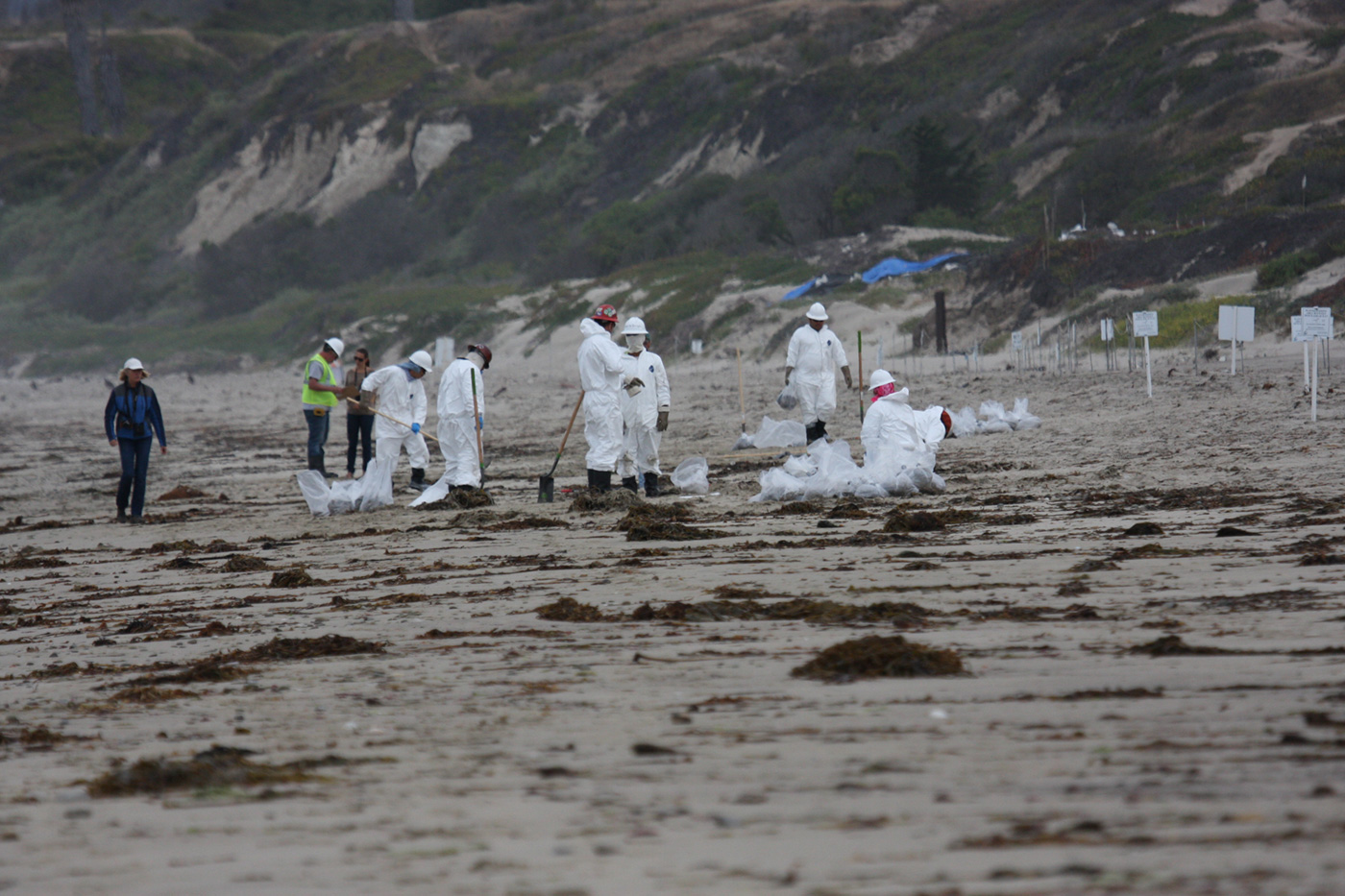 Department of Fish and Wildlife workers cleaning up the 2015 Refugio Oil Spill.

Help Us Inform the Public

Sign up for a shift at our table at the beach.